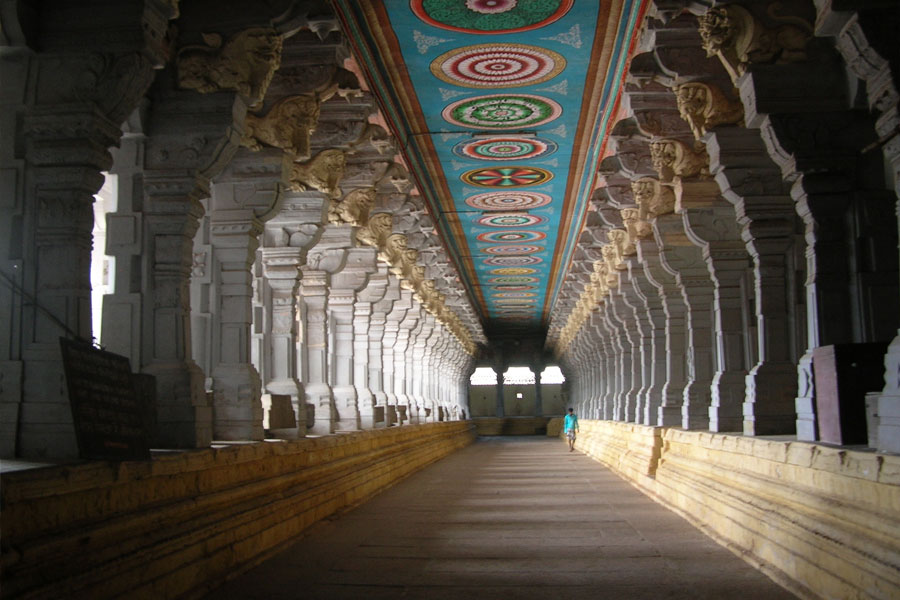 NAME OF THE GUEST: MAHESH JOSHI (GUJARAT)
NUMBER OF PERSONS: 6
NAME OF THE DRIVER: JOYS

(Travelogue as told by Mr.Joys) I went in my Innova car to pick up the guests, who came from Gujarat, at the Madurai Airport. From there we went on to the Rameshwaram Temple, which is at a distance of 175 kilometers.

Rameshwaram Temple is dedicated to Lord Shiva. It is believed that Lord Rama’s wife Sita built a sand Lingam, which is what is now in the temple’s sanctum sanctorum. At the temple the guests had a peaceful and pleasant darshan.

They stayed at Rameshwaram. The next day was spent at Dhanushkodi, which is almost 20 kilometers away.

The abandoned town, at the south-eastern part of Pamban Island, Dhanushkodi is a famous place as per the mythology. According to the beliefs, it was at this place that Lord Rama built a bridge connecting India with Sri Lanka. Lord Rama made a marking with his bow’s end, hence giving this place its name, meaning end of the bow.

The guests were transferred into an SUV, which took them into the sea. They were delighted with this unusual ride to the sea. Later on the guests also had a traditional meal with fresh fish fry. In the morning, we left off from Dhanushkodi towards Madurai. Once there the guests were taken to the Madurai Meenakshi Amman Temple.

One of the beautiful temples of Tamil Nadu, this temple is dedicated to Goddess Parvathi known here as Meenakshi Amman and her companion Lord Shiva known here as Sundareswarar. The temple is the integral part of the city of Madurai.

Here too the guests had a peaceful and heart filled darshan of the deity. In the morning, after breakfast, we went off to Munnar, Kerala. On the way we visited Theni, Bodimettu and Poopara. All these places were abundant with greenery and hence offered a picturesque views of the places.

The morning started off with the visit to the Mattupetty Dam. This dam is built in the mountain range of Kerala and is a Concrete Gravity Dam. From there we went on to the Eravikulam National Park, which is home to many endangered species of animals and birds especially the Nilgiri Thar.

After seeing all that, we proceeded on to a Tea Plantation and then to a Spice Garden, where the guests came across various Kerala spices like Cardamom, Pepper, Clove and many more. We also went to the Carmelagiri Elephant Park, where the guests experienced and also got close to the majestic elephants.

Coming back to the resort the guests went in for an Ayurvedic massage and got relaxed and refreshed. In the evening, the guests were treated with the performances of Kathakali and Kalaripayattu (martial art form) The end of their holiday session had come and they were dropped at Kochi International Airport at Nedumbassery, from where they took their flight back to Gujarat.

Your email address will not be published. Required fields are marked * 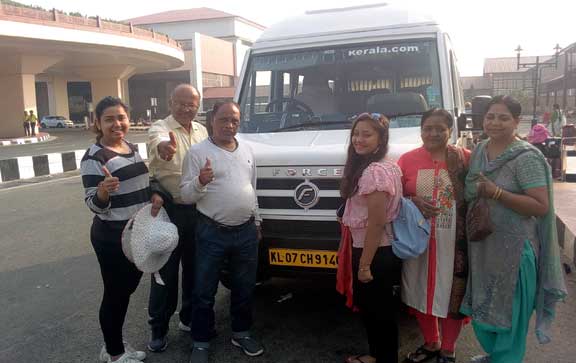 Mr. Somesh Goel and his family set out on a holiday of the serene and famous destinations of Kerala like Kovalam, Alappuzha, Thekkady, Munnar and so on.

To bring cheer into their festive season Kee and her family from Malaysia decided to drop in at the God's Own Country of Kerala for vacation lasting 4N and 5D.